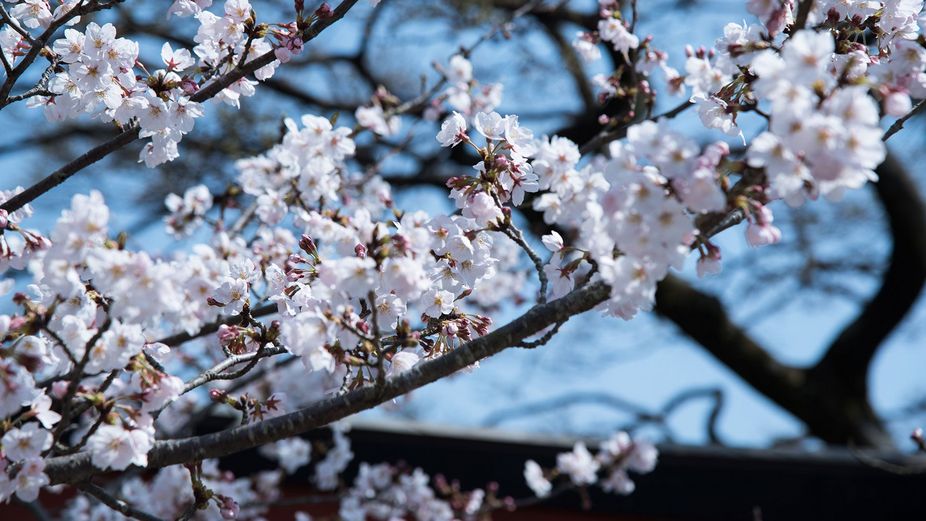 At the beginning of spring, wintry conditions still prevailed, but within the next few days, the first spring flowers will tentatively open their blossoms as temperatures rise. This also applies to important agricultural crops such as apricot or apple. However, especially this time is dangerous for the delicate blossoms, because late frosts often cause massive damage to fruit set, which results in reduced quality or lower yields. For example, late frost in 2016 caused damage of around 200 million euros in Styrian fruit and wine growing.

Important phenological development stages, such as apple blossom, are determined from phenological observations, in which anyone can participate via the ZAMG Nature Calendar App (www.naturkalender.at), and reflection curves from the satellite image data. Linked with weather observations and forecasts, these are integrated into an early warning system detecting possible frost damage.

Drought damage on maize fields observed from the satellite

Moreover, not only late frost, but also extreme dry periods can lead to significant agricultural yield losses, such as in 2015, when there was an Austrian-wide harvest loss of grain maize of more than 22 % due to drought. Remote sensing also provides fast and area-wide information on drought damage. On the one hand, this helps in forecasting crop yields and, on the other hand, it also offers insurance companies the possibility of obtaining an objective overview of the extent of damage over a wide area and can thus support the processing of compensation payments. Near infrared, a domain of the electromagnetic spectrum that is not visible to the human eye and is captured by many satellites, is particularly suitable for identifying drought effects on plants.

The following figure shows potential drought damage in maize fields and its development over time: 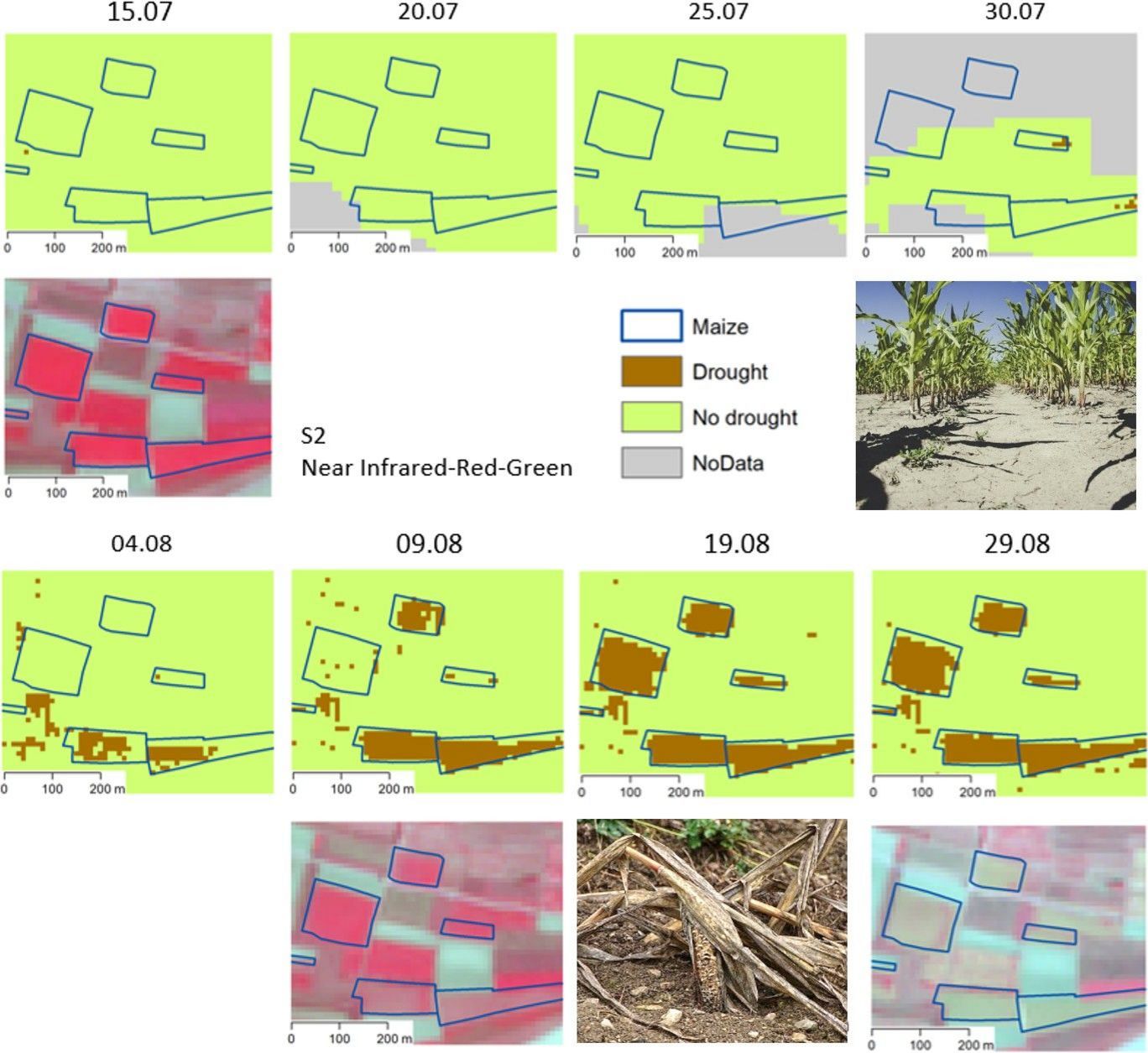 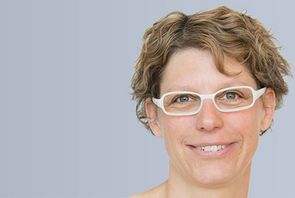 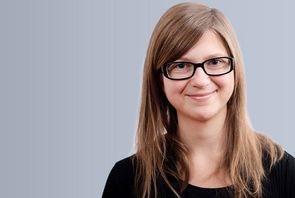