On Monday, 28th of June, the W-Cube satellite will be launched on board a Falcon 9 rocket from Cape Canaveral into a polar orbit. Michael Schmidt from DIGITAL is in charge of the ESA project. 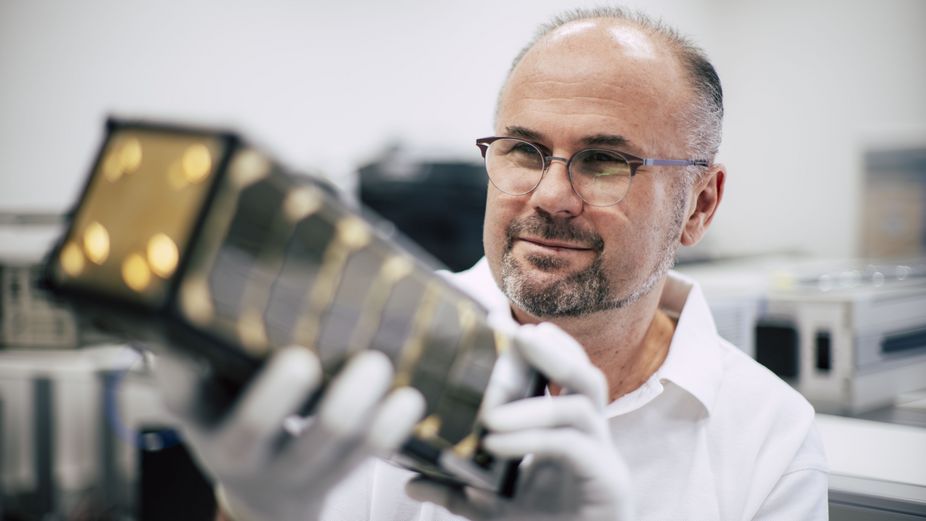 DI Michael Schmidt with the model of the cube satellite, which has a size of 10x10x30cm. Credit: JOANNEUM RESEARCH / Bergmann

The capacity requirements for data transmission are increasingly growing today. Research is being conducted worldwide on new data highways for digital communication. "The current frequencies are already in short supply. New frequencies - such as 75 and 37.5 GHz - are being tested to connect the new high-performance satellites to the Internet," explains communications engineer Michael Schmidt. In the next five years, a lot will have to be done to meet the demand. "Not every frequency range is suitable for all transmissions. That's why it's important that we look closely at the impact of weather on frequencies." This is the world's first "Low Earth Orbit Mission" in this frequency range.

The development of the CubeSat took place in Finland - Michael Schmidt from DIGITAL, the Institute for Information and Communication Technologies at JOANNEUM RESEARCH, is in charge of the ESA project.

World premiere: Never before has 75GHz been transmitted by a satellite

The launch of the mini-satellite marks the beginning of a two-year measurement campaign in which test signals will be routinely received and processed on the ground. The CubeSat will transmit test signals at an altitude of 500 kilometres at 75 and 37.5 GHz and will be visible two to three times a day from Graz. The test signals will be received by an antenna on the roof of the JOANNEUM RESEARCH site in Steyrergasse. The receiving antenna was developed by project partner Luis Cupido Technologies, the satellite by Reaktor Space Lab, Fraunhofer and VTT Technical Research Centre of Finland, and the data received will be analysed by the JOANNEUM RESEARCH team and the University of Stuttgart.

"We are developing a statistical model that will enable the planning and dimensioning of future satellite links in this frequency range," explains Schmidt.

The JOANNEUM RESEARCH project team was significantly involved in the Alphasat Q/V band experiment (characterising atmospheric propagation in this frequency band) and is now leading the European Cube Sat project.

The project was funded by the Federal Ministry for Climate Protection, Environment, Energy, Mobility, Innovation and Technology with around 1 million euros and provided by the Austrian Research Promotion Agency (FFG) as part of an ESA project. The Aerospace Agency of the FFG is thus responsible for the largest single funding in the project. The countries Finland, Germany and Portugal also supported the project with a total of 2 million euros. 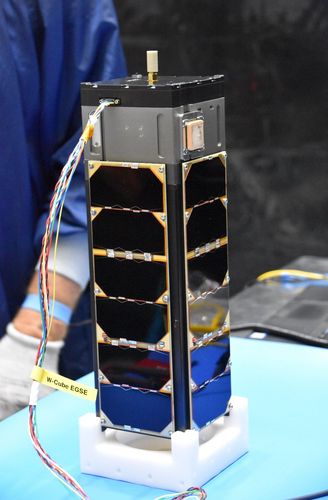 Michael Schmidt has been working in the field of satellite communications for 25 years and has been involved in many ESA projects. Under his leadership, for example, the successful development, construction and operation of the satellite ground station "Hilmwarte" in Graz was carried out. At the Hilmwarte in Graz, important findings were made in the field of measuring the attenuation of satellite signals and methods were developed with which these attenuations can be compensated.