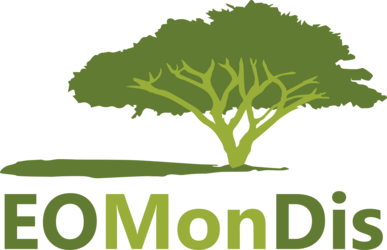 Challenges for accurate assessment of forest disturbances and changes are the occurrence of persistent cloud cover in tropical regions and the seasonal variations of the forest cover. Many of the tree species in the dry forests in Africa are deciduous with leaf fall in the dry season which poses a problem, as the optimal satellite images for the forest mapping can only be obtained in the winter season where the data is cloud free. However, during this season the forests have limited canopy cover and therefore the mapping produces higher inaccuracies. The new Sentinel satellite constellations that provide high frequency, high resolution optical and radar data will help to overcome these limitations. The establishment of dense time-series from optical and radar satellite data and the development of innovative processing algorithms will help to overcome these challenges. In order to bring these algorithms to the users, cost effective and highly automated integrated processing chains have to be developed. Project duration: 02/2016 – 07/2019.

Monitoring of forest disturbances, as a proxy for degradation, is based on optical and on SAR (synthetic aperture radar) time series imagery. This multi-sensor approach pursued by EOMonDis allows an increase in temporal resolution and overall accuracy. The map shows an example from Peru, where Sentinel-1, Sentinel-2 and Landsat8 data were used to map deforestation and forest degradation between March and December 2016. The methods were also tested on the other prototype sites. 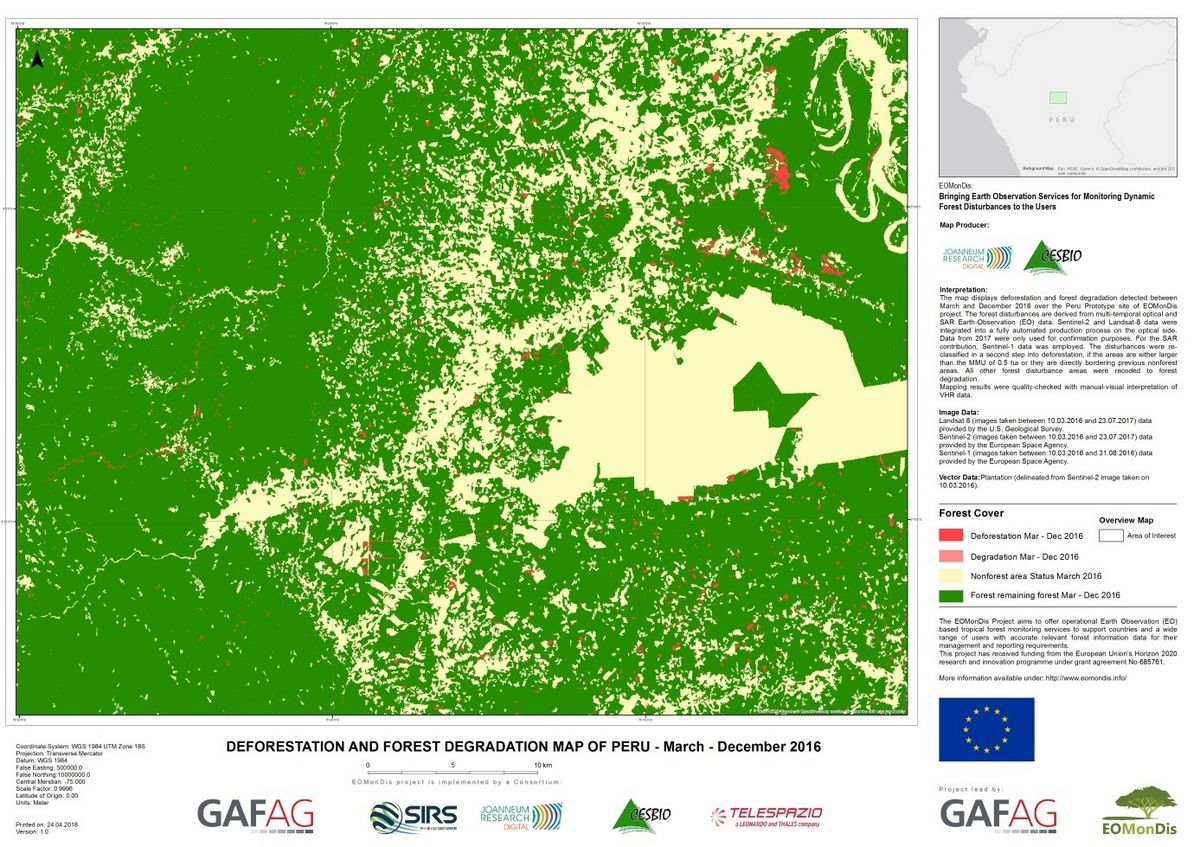 The animation shows the deforestation between 2015 and 2017 in an area in Gabon based on Sentinel-1 data.

The EOMonDis Project Consortium led by GAF AG (Germany) consists of two research organisations (JR and Cesbio) and three operational service providers (SIRS, Telespazio and GAF AG) from private sector, each with several years of experience in the field of tropical forest monitoring. More information can be found at www.eomondis.info

This project has received funding from the European Union’s Horizon 2020 research and innovation programme under grant agreement No 685761.