Anja Haase is technical coordinator in the H2020 project NextGenMicrofluidics. 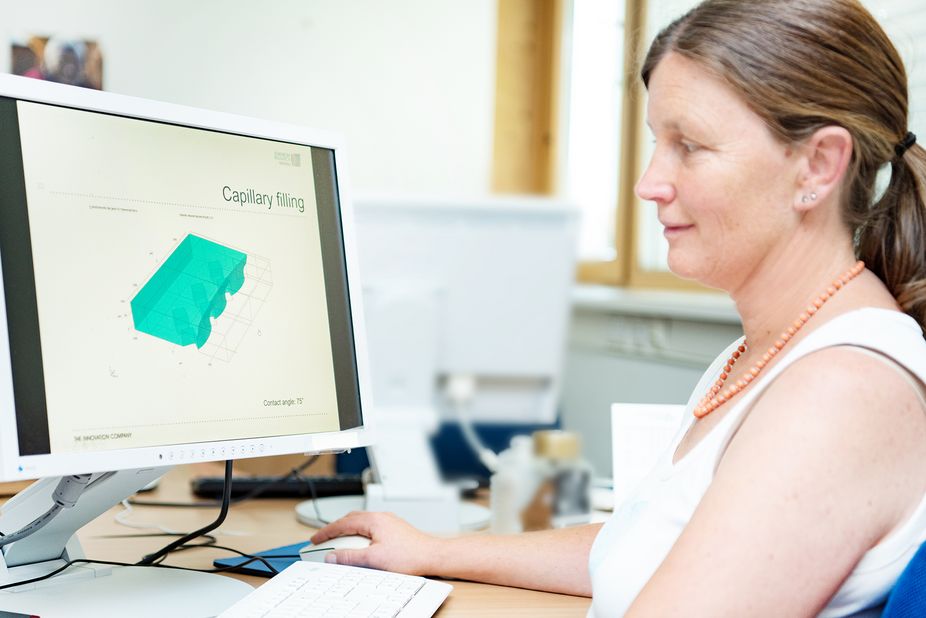 Dr Anja Haase, a researcher at the MATERIALS Institute based in Weiz, coordinates the technical process of the H2020 project NextGenMicrofluidics, which involves intensive research into the next generation of lab-on-a-chip systems.

"We are enabling an unrivalled low-cost method' of developing and circulating rapid tests for 'everyone' with our roll-to-roll technologies as high-throughput manufacturing of diagnostic chips," says the technical chemist.

The potential of microfluidic lab-on-a-chip systems is enormous, especially in medicine, pharmaceuticals, production and analytics. Soon, mini-labs of film-based microfluidics for rapid diagnostics for COVID-19, among others, will be able to go into large-scale production. One advantage of lab-on-a-chip systems is that complex analyses can be automated even in small laboratories with relatively little technical equipment.

The project will accelerate the introduction of roll-to-roll technologies for the high-throughput production of microfluidic systems. This means that microfluidic components can then be produced on large sheets through embossing, printing and lamination processes rather than as individual pieces. This works in a similar way to newspaper printing. This means that an unrivalled level in the production speed of flexible lab-on-a-chip systems, so-called labs-on-a-foil, can soon be achieved.

To this end, a holistic approach is being pursued that includes a rapid test for acute infections as well as for immunity after a past infection.

The goal is to promptly develop systems for point-of-care diagnostics of SARS-CoV-2 as well as the corresponding immune status in Europe and to manufacture them with a high throughput of more than one million tests per month. These tests can be used in large numbers as decentralised diagnostic procedures, for example by general practitioners.

Dr Anja Haase coordinates the technical process of the project. In addition, she accompanies the adaptation of the methods and machines to the requirements of the various applications and maintains an overall view of the project.

>You can find more information on the project website