A new sensational discovery of the international autophagy research team with the participation of JOANNEUM RESEARCH can be reported. Under the leadership of Tobias Eisenberg and Frank Madeo from the University of Graz, as well as Simon Sedej and Mahmoud Abdellatif from the Medical University of Graz, the protective effect of spermidine on the cardiac muscles was investigated and confirmed. 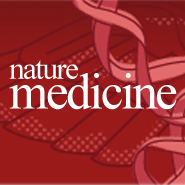 The so-called diastolic heart muscle weakness is, together with increased blood pressure, one of the most frequent causes of death in the western world. This cardiac muscle weakness is caused by the progressive loss of elasticity with concomitant thickening of the cardiac walls. Performance weakness, shortness of breath, and an overall poorer quality of life are the consequences of this disease. Diastolic heart failure is well diagnosed today but there is no effective treatment yet.

The work of this international research group has now opened up a new path for therapies:

Spermidine supplied via the diet was shown to improve cardiac health (elasticity and diastolic relaxation) in aging mice and to lower the blood pressure in rats that had increased blood pressure due to a saline diet. In cooperation with the Medical University of Innsbruck (Stefan Kiel), the team was also able to show that even in humans higher amounts of spermidine administered via food are correlated with significantly less cardiac diseases and lower blood pressure. The Institute HEALTH of JOANNEUM RESEARCH significantly contributed to the success of the project by performing metabolome analyses and special analyses methods for spermidine. The results were published in the renowned journal Nature Medicine: