Nurses have to master many challenges in the course of their work in domiciliary care. E.g., for the situational adjustment of insulin prescriptions, consultation with and a written prescription from the supervising physician is necessary. However, delayed or non-executed therapy adjustment can lead to acute complications and, as a direct consequence, to hospitalization, which also places a heavy burden on the healthcare system. In order to support caregivers and physicians in the management of insulin therapy, the GlucoTab® system, which has already been tested in clinical inpatient use, was adapted for use in domiciliary care. 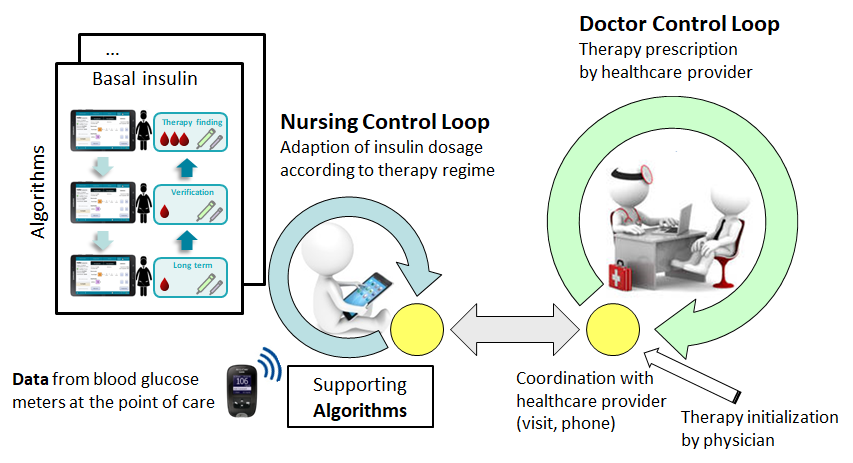 In order to support healthcare professionals in diabetes therapy, the use of a mobile decision support system (GlucoTab@MobileCare) for insulin therapy of elderly people with type 2 diabetes in need of care in the home environment was tested in a cooperation between JOANNEUM RESEARCH - HEALTH, the Medical University of Graz and the University of Graz. The project goals were to support caregivers in insulin therapy and facilitate independent dose adjustments by nurses, to relieve medical staff, to reduce the risk of blood glucose derailments through rapid therapy adjustment, and to reduce the complexity of insulin therapies.