Infineon Austria has joined forces with Innsbruck University and JOANNEUM RESEARCH in the research on ion-based processors with integrated optics. 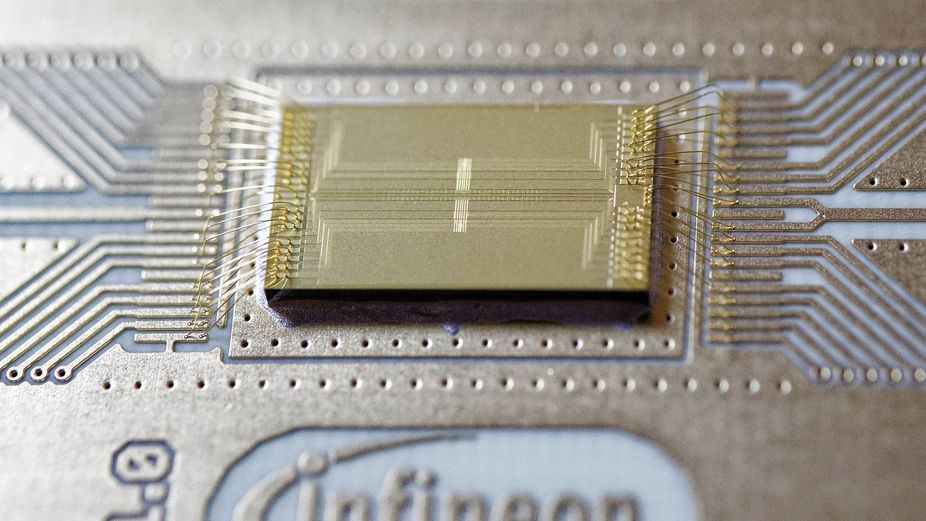 The aim of this joint research effort is to provide the basis for entangling 100 and more qubits, which would make it possible to solve computational tasks that the best supercomputers still fail to manage.
Quantum computers have the potential to solve complex and compute-intensive tasks many times faster than conventional computers. While conventional computers perform combinations of calculations for different scenarios one after the other, a quantum computer is able to consider all calculation combinations simultaneously. By this means, drugs for cancer research, vaccines or new materials could be developed more quickly, tap-proof communication could be improved and optimizations of logistics or financial data could become even more efficient.

The growth perspectives for quantum computers are far-reaching and estimated to generate value of up to 850 billion dollars by 2050 according to a study. Quantum research is carried out worldwide. The Austrian research project “OptoQuant” (Optically Integrated Quantum Computing) implemented together by Innsbruck University and JOANNEUM RESEARCH and coordinated by Infineon Austria will bring ultra-fast and, more importantly, industrial-scale quantum technologies to the next level.

Sabine Herlitschka, CEO of Infineon Technologies Austria AG: “This research alliance of industry and academia significantly accelerates the development of marketable quantum computers. There is currently massive global competition in the field of quantum computer research. Together with strong partners, we have the chance to be at the forefront of this central topic of the future and thus take advantage of this opportunity for Europe.”

The aim of the cooperative research project is to develop ion-based quantum processors with integrated optical interfaces to improve the reliability and the precision of computational tasks together with the number of controllable qubits in order to fast-track the development of highly scaled quantum computers. The ground for this has been prepared in the European research project “Piedmons“ (coordinated by Infineon Austria, which developed new ion-based quantum processors and optimized them for industrial use.

From standard chip to quantum chip

While classic computers work with bits, i.e. ones and zeros and know two conditions: on and off, quantum computers use quantum bits or “qubits” for short. What makes these so special is their ability to have both states simultaneously. This property is known as superposition and makes it possible to carry out computational tasks in parallel, with the result that quantum computers can solve certain tasks at super-fast speed.
Qubits are extremely delicate, however, and they are stable only for fractions of a second. But ions can be trapped in vacuum chambers and isolated from the environment by means of electric fields, and when manipulated with laser beams these can be used as qubits. The greater the number of qubits that can be created and entangled, the higher the computational capacity of the quantum computers.
Research for the next quantum level

Scientists worldwide are demanding that quantum research is brought to the next level, because currently all quantum computers are limited by the number of entangled qubits and the precision of the computation operations. A minimum of 50 entangled qubits are required to secure a speed advantage over conventional super computers in handling practically relevant tasks. At the quantum lab in Innsbruck, it is now possible to control and entangle 24 ions individually.
The research in the "OptoQuant" project aims to create micro-structured 3D ion traps for storing 50 to 100 ions with integrated optics. This is intended to provide the basis for making ion trap quantum processors more reliable and precise and to significantly increase the number of controllable qubits.

The project brings together an academic-industrial consortium with internationally renowned expertise. The Department of Experimental Physics of Innsbruck University can look back on more than two decades of leading international quantum research with ion traps.

“Industrial techniques are indispensable for scaling our quantum processors to a larger number of qubits and for their control. Together with JOANNEUM RESEARCH and Infineon Austria we now have the expertise for further developing the Innsbruck quantum processor using industrial standards”, says quantum computer pioneer Rainer Blatt of Innsbruck University.

The Institute for Surface Technologies and Photonics at JOANNEUM RESEARCH brings in profound experience in 3D lithography and integrated optics, and Infineon contributes expertise as a semiconductor manufacturer with pronounced competence in scaling and production processes for the project. This joint research is deepening the know-how and strengthening Austria’s top position in quantum technology research.

Wolfgang Pribyl, Managing Director of JOANNEUM RESEARCH: "This project could be a first big step towards miniaturizing the heart of a quantum computer. We will learn together and enter new territory, because the realization of quantum computers would definitely mean a paradigm shift in information technology. We are proud that we can now bring the expertise we have built up over many years in laser lithography - and especially that in two-photon laser lithography - to a completely new and highly complex application."

The "OptoQuant" quantum research project has a three-year term (from 01/06/2021 to 31/05/2024) and a research volume of 2.7 million euros. It is supported by the “Quantum Research and Technology” initiative of Nationalstiftung für Forschung, Technologie und Entwicklung and the Austrian Research Promotion Agency FFG. 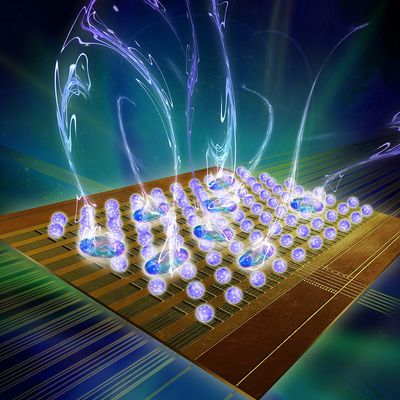 Qubits are trapped in ion traps and then illuminated by lasers built around the ion trap and placed in certain states. In the "OptoQuant" research project, the team is working on ion traps with integrated optics based on modern semiconductor manufacturing processes, Credit: Uni Innsbruck/Harald Ritsch 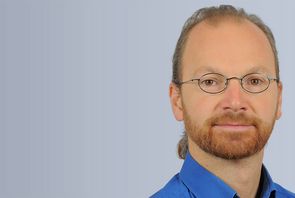