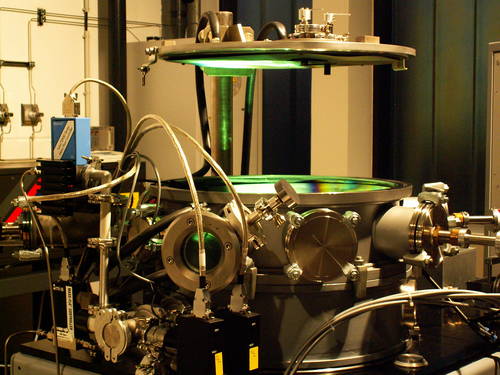 Diamond-like carbon films, due to their unique and outstanding features, are becoming increasingly important. They reduce friction and wear, reduce the consumption of lubricants and release agents and thereby increase the reliability and durability of key components in the machinery and plant engineering industries or in motorsports. 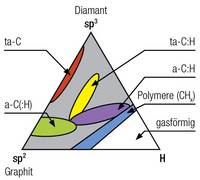 Diamond-like carbon films can also be used in medicine in artificial implants. Catheters, stents or joint prostheses often remain in the body for months or even years. Particularly in the case of long-term implants, persistent bacterial films often develop that are difficult to combat. They not only limit function of the implant, but also provide a source of recurrent infections that can have severe health consequences. One remedy that offers promise is coatings of diamond-like carbon, whose properties reduce the formation of bacteria films.

Diamond-like carbon films consist mainly of carbon atoms held in sp2- and sp3-hybridization states in an amorphous structure; specifically, the carbon atoms are connected through both graphite and diamond-like bonds. Depending on the manufacturing conditions and requirements, DLC layers may also contain hydrogen or different doping elements such as silicon, titanium, chromium and nitrogen, which provide a wide range of chemical and physical properties. For this reason, these layers can be used in almost all areas of technology and the life sciences.

In combination with the industrial vacuum deposition systems available at the Institute, the research group Functional Surfaces develops, fabricates and characterizes thin films of high quality and conducts surface modifications of components up to 500 mm in diameter and 400 mm layer thickness