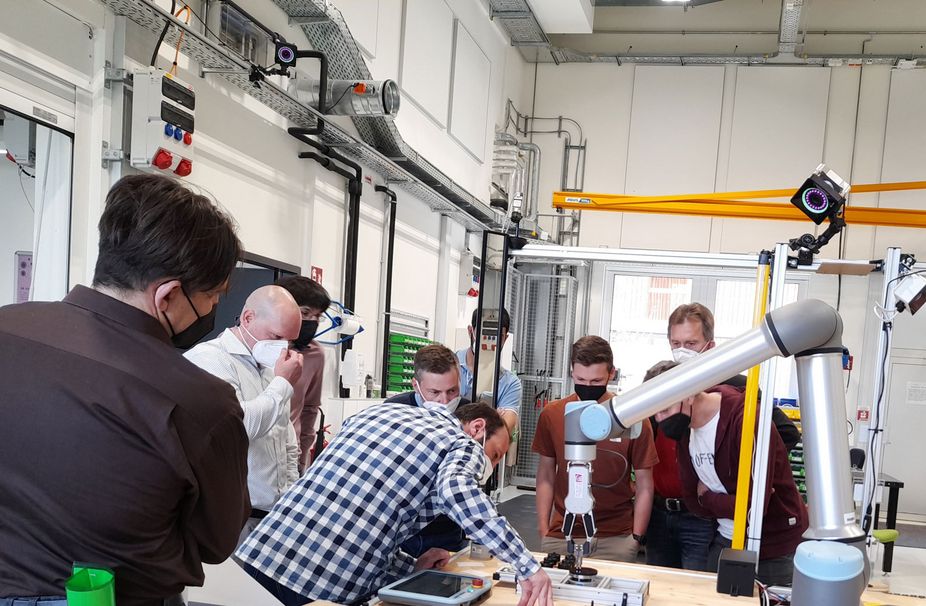 In order to give the participants of the ROBOTICS Safety Day an understanding of the full range of robot safety topics, the day was divided into two sections. First, the participants were given a short theoretical introduction before going directly into practice, where the force and pressure loads of robot applications were measured. If watching alone was not enough, they were allowed to try to measure the forces themselves.

In the afternoon, Michael Rathmair, head of the ROBOTICS Evaluation Lab, reported on news in standardisation, relevant research topics as well as future technologies for speed & separation monitoring. In addition, there was eager discussion about general robot safety and the associated topics.