Essential
SitCookieOptIn
This cookie must be set in order to retrieve your cookie settings and to either prohibit or allow cookies.
1 year
Essential only
Allow all
ROBOTICS

FRANKA EMIKA rolls out the first batch of its Robot Panda 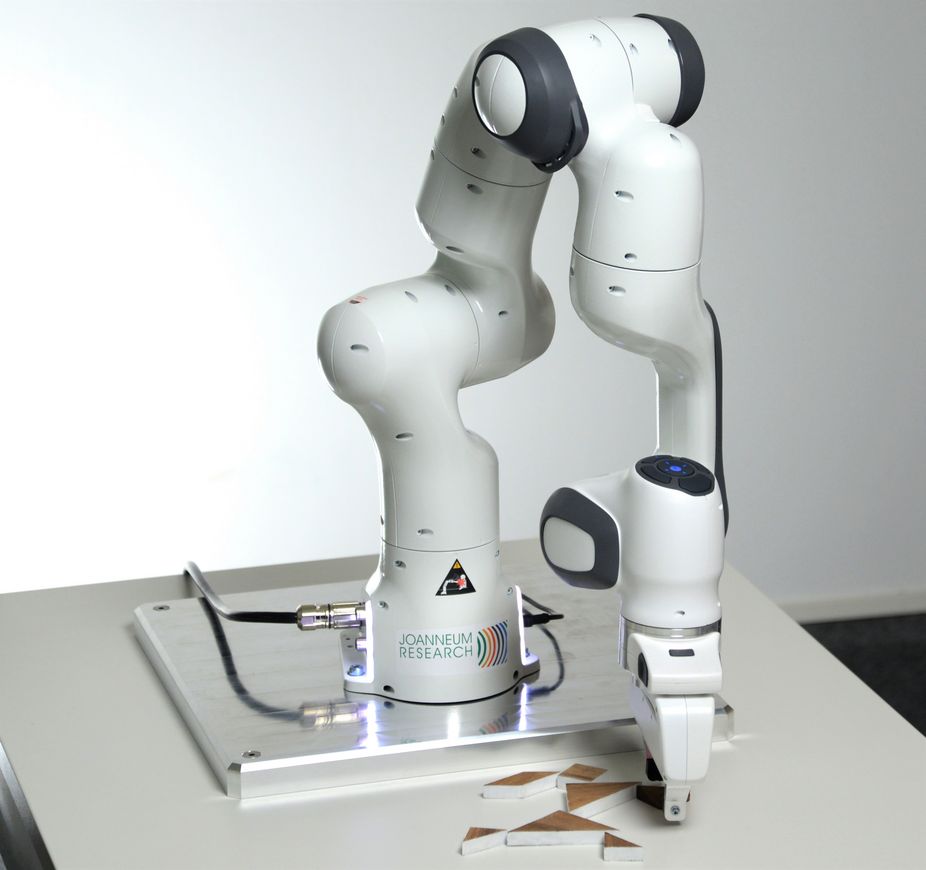 Unpacked, assembled, wired and software installed - it was astonishingly easy to put the newly arrived robotic offspring into operation, which now complements the laboratory infrastructure of the ROBOTICS institute. The manufacturer FRANKA EMIKA named the sensitive robot "Panda".

The robot, fresh from the first production-batch, belongs to the latest generation of “Industrie 4.0” robots and is one of the first of its kind in Austria. Panda is specifically designed for human-robot collaboration. This docile robot can learn by copying and practicing, it imitates movements, memorizes processes and reacts sensitively like a human. It has the potential to become a real human supporter in the future. Compared to its robot competitors, it is characterized by a cost-effective purchase. With a weight of 18 kg and its ability to manipulate objects up to 3 kg with its safe gripper Panda belongs to the category of so-called lightweight robots. In addition to the proven sensitive design, Panda offers new innovative software concepts for its control system. In particular, an intuitive, app-based programming environment supports its flexible use.

In order to quantify the potentials of the robot at this early stage, Panda is being put through its paces at the ROBOTICS institute. As part of the ROBOTICS Evaluation Lab, extensive measurements of the force and pressure loads exerted through the sensitive control system are carried out for this purpose. In addition, the specified repeatability of +/- 0.1 mm is verified with our LEICA Absolute Laser Tracker AT960-MR.

In particular, ROBOTICS sees the deployment of this novel robot as being able to offer new ICT-based services to end users and system integrators, and to develop innovative concepts for physical & cyber-physical robotic safety. As a result, robots like Panda can be used also in manufacturing processes that are currently performed manually. This capability will set a step-change in the direction of robot-based production for batch size 1.