We tested Spot, the four-legged walking robot from Boston Dynamics, at the ROBOTICS Institute in Klagenfurt. 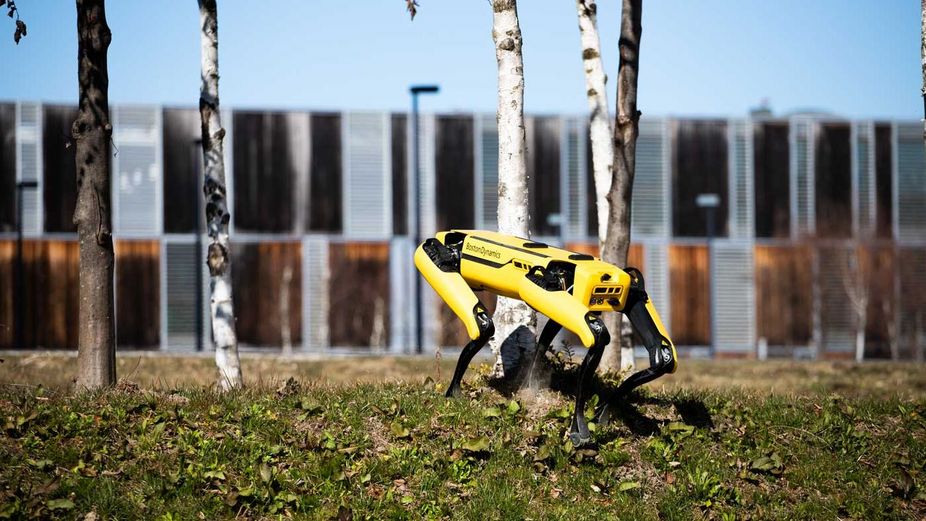 Spot has become world-famous due to numerous video appearances in recent years. Among other things, he has recently been supporting the New York police during crime scene inspections. Now he has also made it to Klagenfurt to the ROBOTICS Institute of JOANNEUM RESEARCH. During Spot's presentation, the institute's researchers were able to take a closer look at the sophisticated technology behind the four-legged friend. Spot can also be equipped with a gripper arm, thus expanding its field of application many times over and could be of great interest to the local economy and industry in the future.

„Spot is a really impressive robot that is well suited for use in an unstructured environment due to its manoeuvrability. During the presentation, we were able to see for ourselves that the four-legged robot is able to climb stairs, cross rough terrain as well as avoid obstacles. That's what makes this robot so interesting", reveals Lukas Kaiser - employee of ROBOTICS.

We would like to thank Ivan Tochev and Sviatoslav Pavlov from General Laser for introducing us to Spot's capabilities and technology. General Laser is a Viennese company specialising in laser development and applications, engineering and prototyping and is a Boston Dynamics distributor and system integrator in Europe.