In this project, methods have been developed that apply to the television of the future, which should provide a "format-independent, script-based, interactive experience".

Just imagine: you visit a live concert of your favorite band. While you focus eagerly on the music, the concert is recorded. The entire stage is recorded using a special camera with a panoramic view, while other cameras are used to capture individual details. Now, you can connect to the “FascinateURmobile Service” using your mobile phone and direct your phone's camera, for example, towards one of the band members. On your display, you will see a high-resolution close-up of the scene you have selected, exactly as it is captured by the cameras at the concert. Of course, you can always keep the musician in the picture with a “Follow me” function.

<br/> After the concert is over, the “FascinateURmobile” service informs you that an edited version of the concert is now available. This means, you now can view recordings of the concert. You are not, however, dependent on the scenes and images selected by the cameramen. Instead, you can access the entire recording and freely navigate through it by time and image sequence, in order to see and listen to the most beautiful parts of the concert one more time.

To achieve these goals, a total of 11 project partners jointly developed a system that allows users to interactively navigate within an ultra-high resolution panoramic video taken for live broadcasts. The corresponding audio is automatically synchronized with the image. The output is adjusted to the device used in each case, whereby everything is possible from mobile phones to panoramic video displays.

The expert members of the team at the DIGITAL Institute combined their extensive knowledge and experience gained through many projects together to work in the field of audio-visual content analysis, multimedia metadata and semantics. They concentrated, in terms of content, in particular on the extraction and representation of the necessary metadata and the creation of an appropriate scripting environment.

FascinatE was funded in part by the European Union within the 7th Framework Programme (FP7/2007-2013). 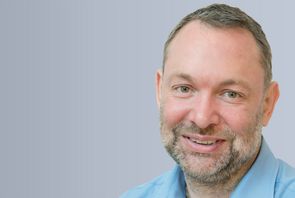