Testing and adaptation of cooling clothing for the medical sector

The effects of working in an ambient exposed to high temperatures and the related effects thereof on the human body, represent an important medical issue. To mention examples, the treatment of burn injuries, but also the care of coronavirus-infected patients can be alluded. Obviously, these difficult working conditions represent a great physical strain for the concerned staff.

A steady exposure to such a strain can lead to a significantly reduced performance, which in the medical field does not only endanger an optimal care, but can also cause the patient's outcome to be worsened.

To prevent such a deterioration of performance, a new strategy based on cooling clothes has been developed and is also already applied in some areas, such as sports and military. The clothing, which has been specifically developed for this purpose, makes use of the principle of evaporative cooling, whereby cooling down using mild-cool temperatures for several hours is achieved.

In cooperation with COREMED, two studies focussing on the use of such cooling clothing in the medical field have recently been carried out at the University Clinic for Surgery, Clinical Division for Plastic, Aesthetic and Reconstructive Surgery- Medical University of Graz. In course of that, the effects of high ambient temperatures on the body have been examined in more detail. The studies have shown that by wearing cooling clothing, physical stress can be reduced and optimal performance can be maintained.

The second study of this kind conducted by COREMED, examines the mode of action of cooling clothing as a novel strategy for reducing abdominal fat tissue, as previous projects have shown an ideal response of this tissue type to mild-cool temperatures. 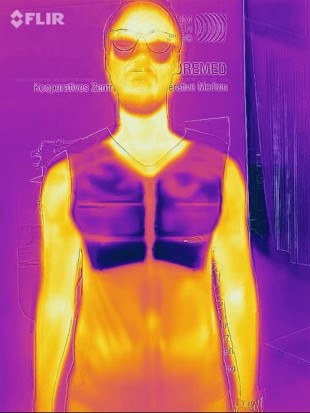 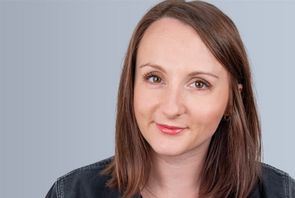