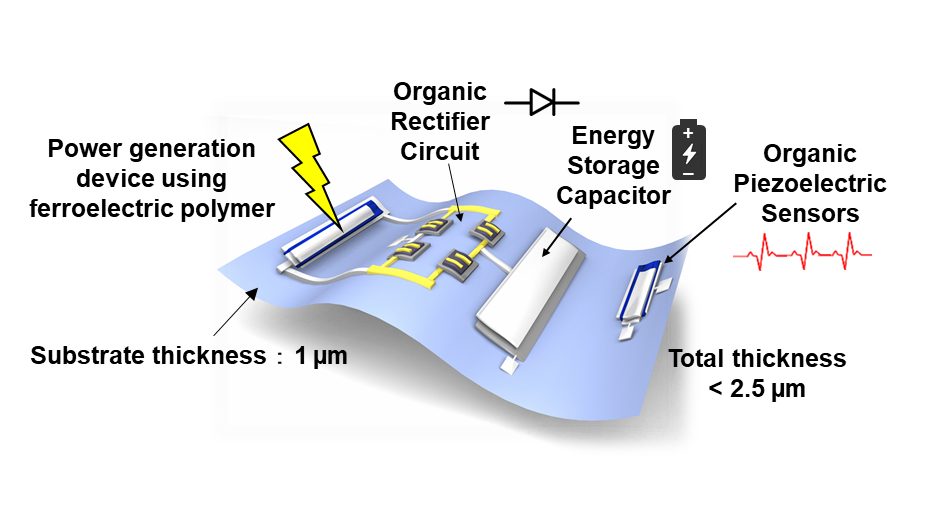 Depending on the user's activity, the wafer-thin sensor patches could generate around 200 mJ of energy per day. Credit: Osaka University

As wearable technology and smart sensors become increasingly popular, the problem of providing power to all of these devices become more relevant. While the energy requirements of each component may be modest, the need for wires or even batteries become burdensome and inconvenient. That is why new energy harvesting methods are needed. Also, the ability for integrated health monitors to use ambient motion to both power and activate sensors will help accelerate their adoption in doctor’s offices.

Now, an international team of researchers from Japan and Austria has invented new ultraflexible patches with a ferroelectric polymer that can not only sense a patient’s pulse and blood pressure, but also power themselves from normal movements. The key was starting with a substrate just one micron thick. Using a strong electric field, ferroelectric crystalline domains in a copolymer were aligned so that the sample had a large electric dipole moment. Based on the piezoelectric effect, which is very efficient in converting natural motion into small electric voltages, the device responds rapidly to strain or pressure changes. These voltages can be transduced either into signals for the medical sensors or to directly harvest the energy.

“Our e-health patches may be employed as part of screening for lifestyle-related diseases such as heart disorders, signs of stress, and sleep apnea,” first-author Andreas Petritz says.

The authors estimate that multilayer patches can harvest up to 200 millijoules per day from biomechanical motions if placed on joints, like knees or elbows. This is enough to monitor cardiovascular parameters several times a day. And the patches are so thin that they are barely perceptible thus making a necessary evil for many patients – daily health monitoring - less unpleasant.

“We expect that our findings will assist in the development of other sheet-type sensor systems that can perform precise biomonitoring when affixed to the skin surface,” senior author Tsuyoshi Sekitani says. Additional modules allow other features, such as wireless communication with a smartphone or computer.

The article, “Imperceptible energy harvesting device and biomedical sensor based on ultraflexible ferroelectric transducers and organic diodes,” was published in Nature Communications at DOI: https://doi.org/10.1038/s41467-021-22663-6 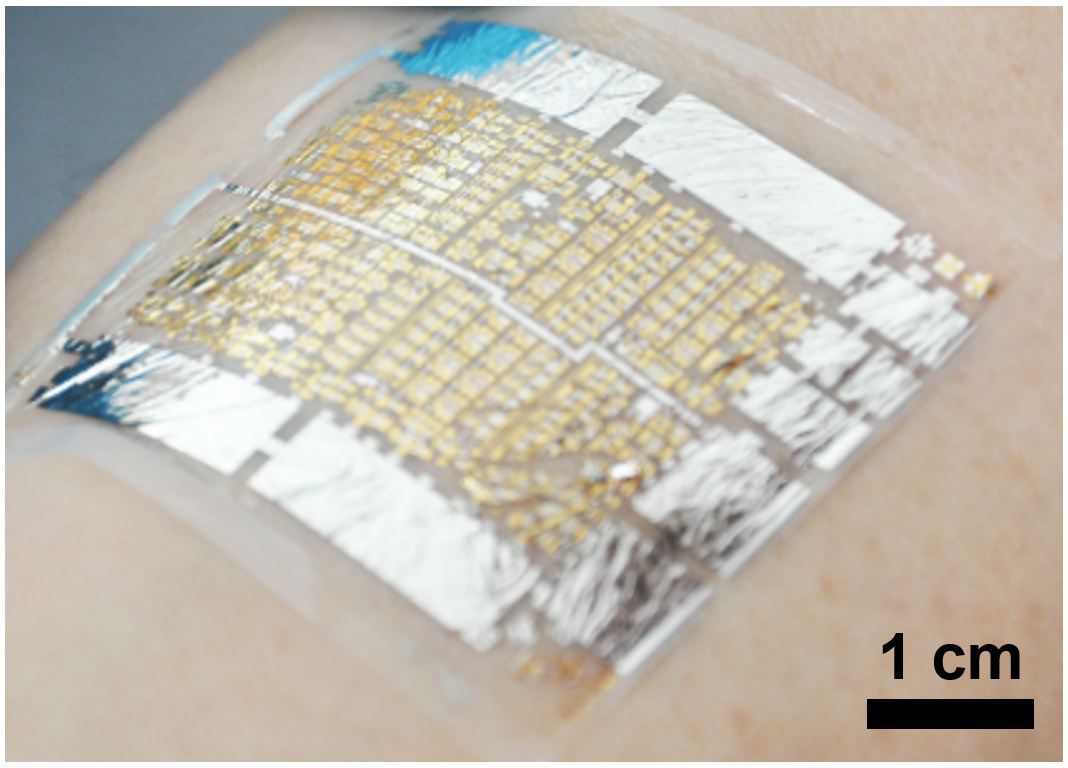 Photograph of the sheet-type piezoelectric system. Accurate biomonitoring is possible without being noticed; the extremely thinness and softness realize that the sheet system closely contacts with the skin. Credit: Osaka University