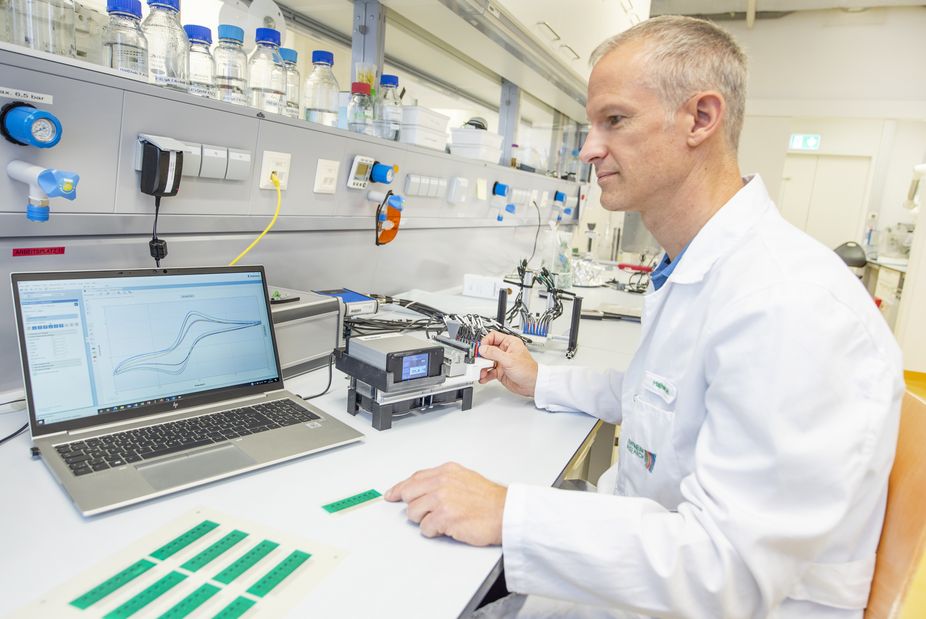 Microfluidic systems or minilabs are used for medical diagnostics due to their low-cost production and high performance. HEALTH, the Institute for Health Sciences and Biomedicine at JOANNEUM RESEARCH, is developing screen-printed sensors (lab-on-a-chip) that can detect lung cancer at an early stage as part of the H2020 project "M3DLoC".

Martin Hajnsek, head of the "Medical Sensors" competence group, has been working on the topic of sensors in medical diagnostics for over 20 years. After research in the field of minimally invasive blood sugar or potassium measurement, he and his team concentrate on detecting special biomarkers that indicate serious diseases such as lung cancer.

The sensors needed for this are printed on site at the ZWT ( Centre for Knowledge and Technology Transfer) at HEALTH and integrated into the microfluidic minilabs. The detection of oncogene mutations (lung cancer) is based on the DNA originating from the tumour, which circulates in the bloodstream and is thus easily accessible by taking a blood sample.

"The so-called detection platform of the sensor technology is based on screen-printed silver and carbon electrodes that are integrated into a microfluidic measuring cell. This makes it possible, for example, to detect lung cancer DNA as well as specific mutations. With the help of this information, subtypes of the cancer type can be identified, which saves valuable time in therapy because the right drugs can be used immediately."

The M3DLoC project has received €7.9 million in funding from the EU's Horizon 2020 framework programme. This 4-year project is being carried out by an international consortium of 17 organisations led by the National Technical University of Athens.