The prevalence of neurodegenerative diseases has significantly increased in recent decades and, thus, places high demands on health care systems worldwide. Nearly a third of the disease burden in Western nations can be traced back to neurodegenerative diseases such as Parkinson’s, Alzheimer’s, dementia, depression, strokes, tumors, multiple sclerosis and epilepsy. Correspondingly, a high level of social pressure exists to develop new and better therapeutic and diagnostic tools for these diseases.

Within the framework of the project IDT4Brain, a new in vivo technique has been developed: cerebral open flow microperfusion - cOFM. cOFM is used to take continuous measurements of biochemical processes in the brain, in particular, the transport of substances across the blood-brain barrier into the brain. The blood-brain barrier acts to protect the brain from chemicals in the blood circulation, but also makes it difficult for neuroactive drugs to reach the brain. Developing an effective drug that is delivered to the brain relies upon feedback from a measurement system such as cOFM. Combined with special analytical methods and metabolomics, cOFM represents a unique tool for quick and efficient drug and diagnostics development including a local characterization of drug safety. 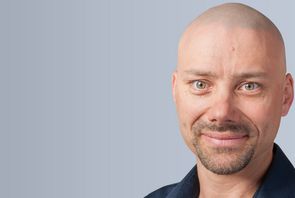