The intuitive design of the interaction between humans and machines / objects is a major technological challenge and critically depends on the ability of the object to detect large-scale environment parameters and distinguish between deliberate and accidental interactions. We have accepted this challenge and over the last five years have developed an innovative sensor technology that allows complete-surface registration, recognition and processing of tactile and gestural information. This sensor technology can be formed according to individual requirements, integrated directly on an object, cover large surfaces and is durable, produces its own energy and reasonably priced.

Specifically, the following applications have been produced or closely examined:

Human-Machine Interface 2.0 (3D membrane keyboards, 3D touchscreen for displays, intuitive input interfaces for flexible ebooks, interactive full-wall white boards or kiosks and Super Smart Cards: PyzoFlex ® technology allows highly intuitive and natural feeling control of these devices due to their simultaneous ability to detect multi-touch input and different levels of finger pressure. The latter quality provides the objects with a 3D interactive surface. The keypad applications created, for example, allow the detection of not only which particular key is pressed, but also how strongly. This dynamic keystroke recognition enables continuous and intuitive control of object functions without vulnerable knobs and can be used, for example, to dim light intensities or control the speed of robotic arms in industrial production. Trackpads are another application for rapid and intuitive detection of finger or stylus movements with simultaneous detection of pressure. In this way, particularly natural content navigation using touch displays, for example selecting, holding and moving objects on the graphical interface using finger and hand pressure, is made possible. 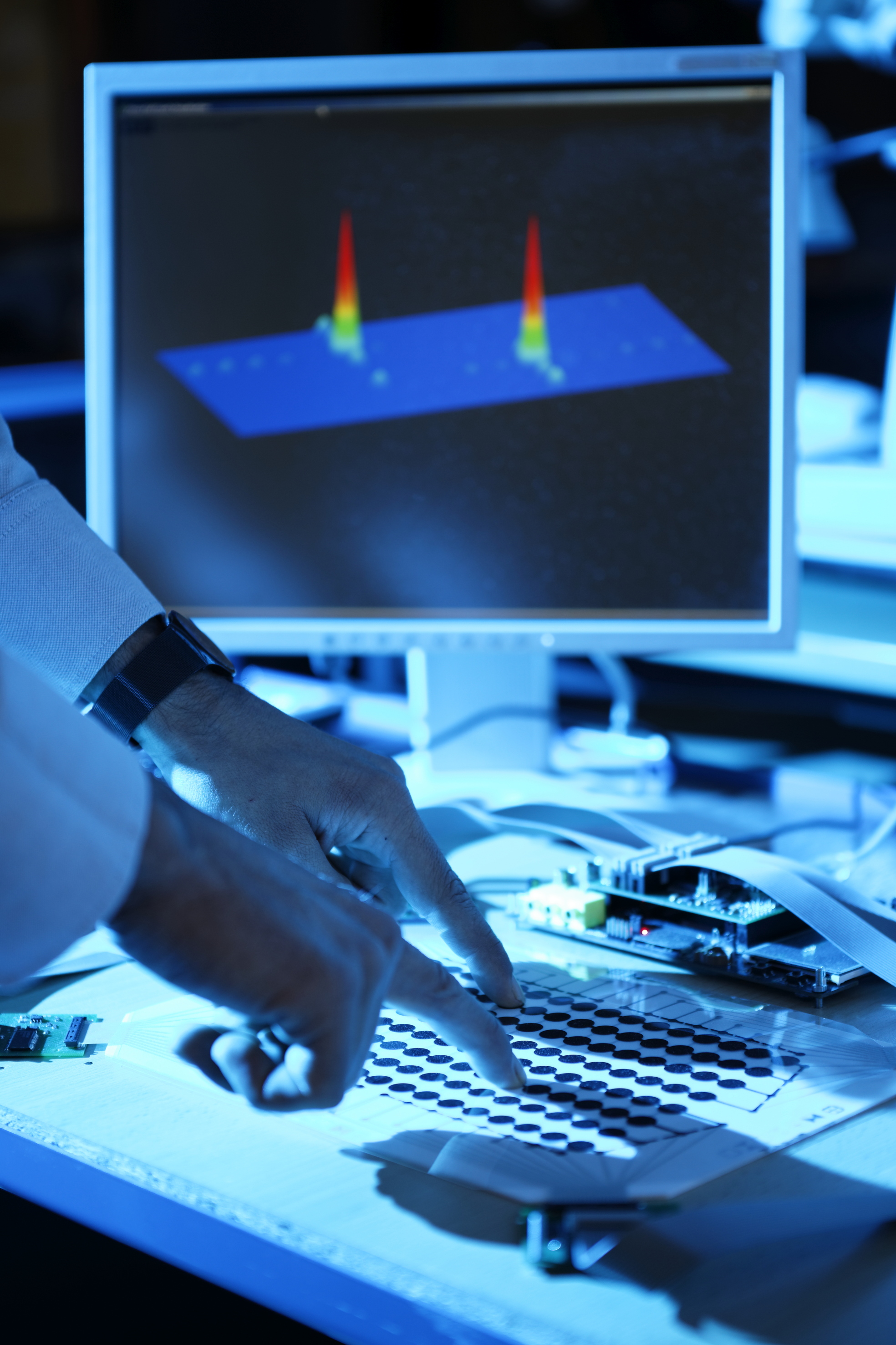